Journey through the Layers of Self

As some of you know I have been studying to become a shamanic practitioner and in it I have found my home. There is so much value in bringing back all the parts of your soul.  I want to share with you a series of shamanic journeys that I have gone on.

In April, I went on a journey where a tiger came as my guide to take me through the jungle. I rode on his back and we dodged trees at an incredible pace. He led me to the most beautiful castle. It shown bright and sparkly, with towers of gold and glitter. It was as if the jungle had cleared in this spot to allow the sun to shine on it. I asked where we were and the tiger told me it was my mind. Once inside there were separate rooms. Some of the rooms looked bright and cheery but others looked dark and cavernous.

Tiger guided me into one which was a childhood memory of anger, violence and me as a child crumbling to the ground in shock. The next was a room where I was 13 and tried to commit suicide to escape the pain. The next room I was led to was a room of mirrors, and it held all these versions of myself.  It was me at all different ages and stages where I had looked in the mirror and brutalized myself. It was hard to see that this self abuse started young, very young. I stormed out of the room, pissed at the tiger, wanting to know why it all had to be shown again.

He roared a roar and said “Then is it enough?”  Just then a bucket of shit was dumped on me and here I am standing in my mind and shit, literally shit was dumped on me. I was so mad and screamed “STOP!!!!”  And Tiger says “Why? You have done much worse to yourself” I was so angry, but knew he was right. I screamed “ENOUGH! NO MORE! I CAN’T DO THIS ANYMORE!” Just then I grew huge, so huge I grew bigger than the castle and expanded up and outward. It was like Alice in Wonderland. It was amazing, I could feel the expansion taking place. Tiger was by my side the whole time telling me that only I can stop the shit (memories, pain, and self bullying) from being dumped. That is was time.

In July, I went on another journey and this time hyena was my guide. I found myself in the familiar jungle, running side by side with hyena. I see the castle up ahead and it sparkled like before but I was wary. Last time had sent me for a loop. I enter and there were the rooms, but they were dull, almost transparent – even the rooms that sparkled before.  Hyena walks over to a fire pit and asks me if I was really ready to leave it all behind.  I said yes, but asked if the light shiny rooms filled with good memories had to go too. He said that even the good ones hold attachment and expectation. I could remember what I wanted, but did not need to be attached anymore.  I thought this was interesting, but then understood that even good memories were of who I was, not who I am now and there are times that felt I changed and had let others down.  I then followed his lead and lit fire to every room, incinerating all that was there.  It felt so GOOD. I felt free, no longer hostage to the emotions that held me for so, so long.

A few days ago, I felt the need to journey and with some free time, I put on a YouTube shamanic drumming and let my spirit go. I didn’t even have to go to the jungle to begin. This time it was an Indian guide who is helping me with my Shamanic studies. She pulled my hand from the bed and said “Are you ready? I think you are.” I followed her and we were back in my jungle, headed toward the castle. There it was before me, shining bright and beautiful. I went inside curious to see what was left after the fire party. We stepped in and I looked and there was no form to the castle anymore, no roof, no wall, nothing. All I could see was stars, planets, milky ways, and infinity.

I look at my guide surprised and she said “Welcome to who you really are. You are ALL, you only had to move through all that was not you.” I’m still in awe.

I understand now why the greatest task on this journey is LOVE OF SELF. It is the hardest thing to accomplish, but it is how we get through all that is not who we really are.

Sending us all Love as we go through this amazing, transformative time. May we all set fire to what we are not so that we can begin to see who we truly are.  <3 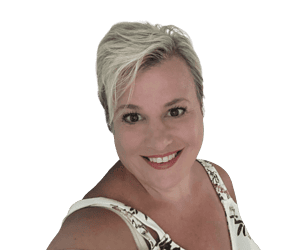