Merging with All You Are 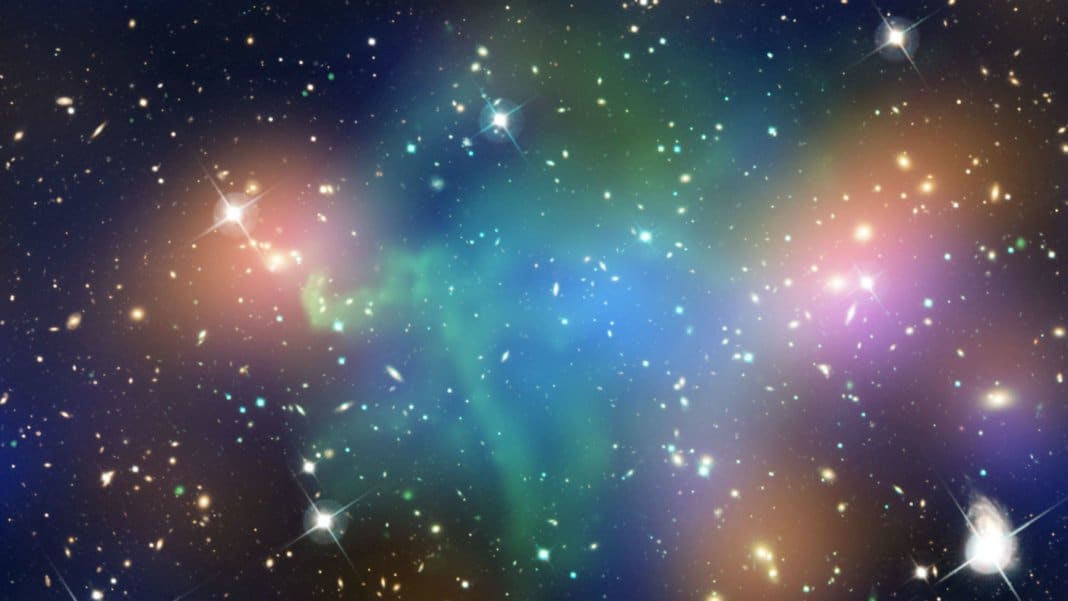 Recently I was journeying when I was taken to a blank landscape. There was nothing but a tall clear crystal in the distance. I walked to it and it began pulsing light right into my heart chakra. I noticed that the other side of the crystal was doing the same. It was sending out a pulsing light into the vast empty space.

It wasn’t long before I watched a man approach. I knew him, my heart and my soul knew him, even though I have no reference for who he is in my waking reality. My heart swelled with love and I was so happy to see him. It was a deep soul connection.

Without words, we both knew what to do, we entered into the crystal and when we did we were no longer bodies, just energy. Our fields merged, our chakras merged. I knew he was there to help me merge with my Divine Masculine, and I was there to help him merge with his Divine Feminine. It was like he was my opposite and yet not. He held characteristics I lacked and I held ones he lacked.

Our energy merged and became new, once it was done we exited the crystal. As we exited, we took our new, combined energy and returned it to our bodies. Our eyes locked, we smiled, and then we went our own way.

After that experience, I felt really good, centered, more complete, a little surprised by it all, but other than that, I didn’t really notice much of a change. However, about a week later we were watching a show and there was a war scene. As usual, it was the women that were cannon fodder. They were the ones beaten, raped, and pillaged. The intensity of the rage that bubbled up in me was incredible.

I’ve seen scenes like this before and while it makes me angry or sad, this was a whole new level. So I sat with it, my body shaking with rage. I didn’t feed it, I just observed it with curiosity. The rage turned to deep, deep sorrow and then shame. When the shame washed over my being, I knew it was from the masculine I had merged with prior.

I was then shown a time when women were considered doorways to creation, in tune with the Earth and its cycles. The woman’s guidance was sought, her council kept and she was valued through all of her cycles, the maiden, the mother, and the crone.

I was shown where over time there was an element that came in, one that posed a danger to the women. The response of the masculine was to protect, to limit, to close off access to their valuable and cherished women.

Over time, particularly with the encroaching of male-dominated religion, the people became less connected with the land, the cycles, and their wise women. What started as protection became domination and control. The more this went on, the more the disconnect, fear, and ego grew.

The squashing of the feminine was slow, insidious and it often began with the desire to shield or protect. Then came the belief systems that blamed the feminine, the wise woman, the herbalist, healer, midwife, and sage for any ills in the world from storms to wars.

This disconnect, blaming, fear, and ego led to the women being seen as property, less than and a vessel for fulfilling needs. As the masculine lost its connection to the feminine, to the Earth, it lost connection with itself.

I watched the synopsis flow through me. I saw my lifetimes as a man, saw my part in the creation and continuation of a system of pure disconnect. I felt the shame ripple through me, and at that moment I saw with such clarity, that the only way through is forgiveness.

As I held myself, forgave myself, loved myself, the pain of the masculine eased. As I let it all go, I was able to freely tap into the Divine Feminine, not the wounded one, not the toxic one, but the Divine One.

The Divine Feminine and Divine Masculine are two halves of the whole, they are not separate. In order to come into your entirety, the feminine and masculine within need to be merged, seen, heard, loved, and forgiven. From this space, we access our true divinity. From this space, we can see that there is nothing to forgive, yet it takes forgiveness to get there.

We have been it all, done it all, experienced the in and out, the light and dark, the yin and the yang. YOU ARE ALL. You hold incredible knowledge, knowing, and truth. YOU ARE ALL.

Reconciling, loving, and forgiving all of your parts and experiences is the path to your wholeness and all that YOU are.

As I type these words I am reminded of a message I received around the equinox in March. It now becomes clearer. Click here to read Message From The Fates – Jenny Schiltz

We are in the midst of a beautiful alignment between the Sun & Sirius (July 3 – 7th), this alignment creates an opening that assists us with important codes. Codes of sovereignty as we merge more and more with our truest self.

Thank you to all that share and support this work. Sending you all lots of love!