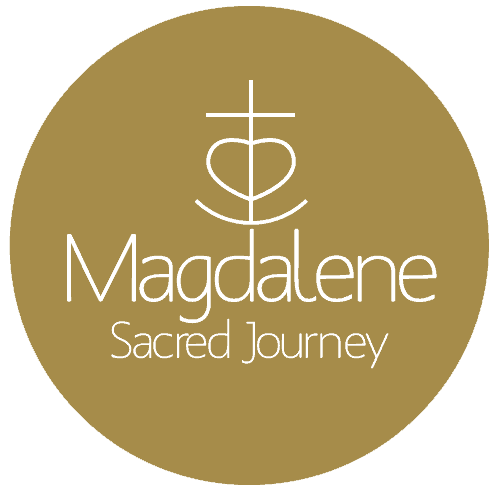 Explore and Anchor the Divine Feminine

Come and be part of this Sacred Travel spending the Equinox in the Cave of Magdalene, exploring and anchoring in the Divine Feminine

A beautiful Divine Journey through these Sacred lands

The Heart of the Magdalene: A Sacred Journey

The supporting energies of the Equinox will help us “reveal” what is there for us. To dive deeply and experience the Divine Feminine within.

Sites that we will visit:

We will stay on a pretty French town on the coast…perfect place to adjust to these Beautiful energies before we embark on our Divine embrace.

We continue to Camargue on the coast, where sky meets sea.

Magdalene’s legend expands. Persecuted by the Jews of Jerusalem, she and a group of other disciples are cast off in a boat without sails or oars. In this group, we also find Mary, mother of James, another Mary, mother of James Major, and John, Maximinus, Lazarus and Sarah, an Egyptian servant. Miraculously they survive the perilous voyage and safely land on the shores of southern Provence, what is now known as the Camargue. Soon afterward, the group splits up. Sara has been revered and became the patron Saint of the area. A yearly pilgrimage is made by 1000’s of Gypsies.

The 10th-century church in Saintes Maries claims to possess the relics of Sainte Marie Jacobe and Saint Mary Salome discovered in the crypt in 1448.

It is appropriate we also make our Pilgrimage here prior to our entrance to the Cave of Magdalene.

We will drive to St. Maximum to absorb the energies of this Sacred place of Magdalene.

Mary Magdalene travels north to the region of Ste. Baume. The two other Mary’s stay behind in the Camargue, together with Sara the place of pilgrimage to honor the arrival of the three Mary’s, and the burial of two.

Mary Magdalene, in the meantime, travels throughout Provence, teaching, she then retires to a cave near Ste. Baume for a life of retreat and contemplation. After 33 years she dies, having received the last rites from Maximinus (the later St. Maximin), who buries her in the grotto. Her resting place becomes a center of pilgrimage.

Today, visitors and pilgrims continue to flock to the Basilica and the relics of Mary Magdalene. Not in the droves of medieval times but substantial all the same, particularly on the day when her relics are carried through the town. This procession takes place on the Sunday closest to Mary Magdalene saints’ day (July 22).  The Skull is covered by a golden mask, its visage almost androgynous.

After we visit the Basilica we make our way to the Cave at St Baume immersed in the energies of the Fall Equinox.

In Alet de Baines we visit Rennes le Chateau, which is a castle in a small hilltop village in Southern France that is at the center of many conspiracy theories. Some say that priest Bérenger Saunière discovered buried treasure in the 19th century, but there are many conflicting theories and stories about what exactly transpired in this area filled with beautiful scenery etched with deep river canyons.

The stories told about Rennes-le-Château and Bérenger Saunière consist of many theories, revolving around all matters of conspiracies involving the Blanche of Castile, the Merovingians, the Knights Templar, the Cathars, and later, the Priory of Sion, the Holy Grail, Mary Magdalene, and the remains of Jesus Christ.

The word Cathar comes from the Greek katharos, meaning white/pure they were skilled healers and practiced herbalism. Cathar women could be perfecti, i.e., initiated ones (as Mary Magdalene). They also believed in reincarnation, and how the soul could be reborn to learn all that was necessary to become fully enlightened. All this is what modern Gnostic Christians still teach today.

The Cathars were said to have the treasure of Solomon, from the temple of Jerusalem. There is a well in the ancient city of Carcassonne, a Cathar fortified city and stronghold, where legend says the Cathars hid the treasure for safekeeping. This may be purely a way of remembering that the Cathars knew the true wisdom of Solomon and that during this crusade, all memory of it was lost and remains “in the well” – out of sight, lost in Carcassonne.
The white/shining ones could be used to describe these people who understood the spiritual alchemy of the ancients, as well as the practical alchemy as mentioned above.

Carcassonne a 10th-century fortified walled city, now a UNESCO World Heritage site was a start and end for the Templars to Jerusalem, caretaking the Pilgrims. So much history and unsolved mysteries in this breathtaking city.

Montsegur a Cathar stronghold. exuding potent energy, The Château de Montségur is probably the best known of all Cathar Castles. It is famous as the last Cathar stronghold, which fell after a 10-month siege in 1244. A field below the hilltop castle is reputed to be the site where over 200 Cathars were burned alive, having refused to renounce their faith.

We depart after breakfast for our first stop at Queribus the last Cathar site a wonder to behold!

This is sometimes regarded as the last Cathar stronghold.   In a sense it was. After the fall of the Château of Montségur in 1244,  surviving Cathars gathered together in the Corbières in another mountain-top stronghold on the border of Aragon. Quéribus is high and isolated. It stands on top of the highest peak for miles around. From a distance, it can be seen on the horizon, almost ethereal sticking up into the sky. 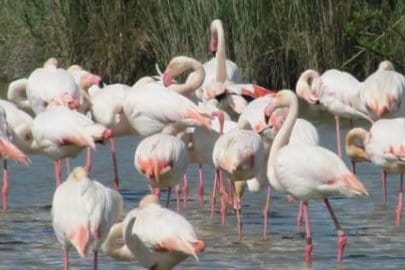 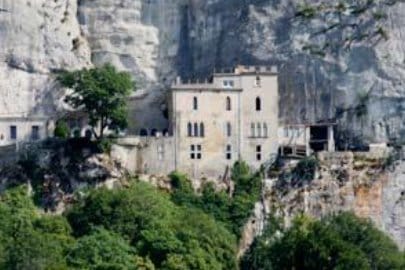 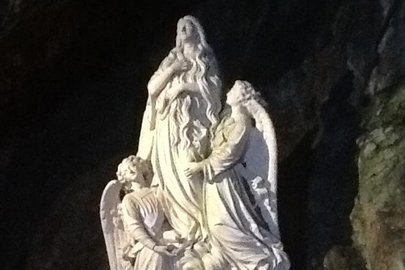 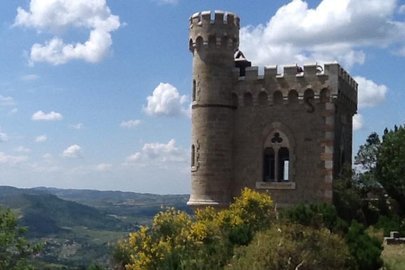 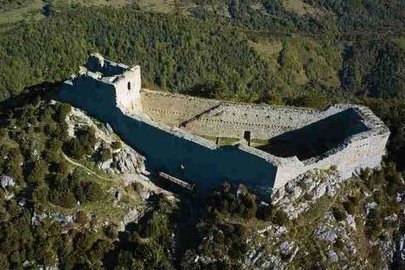 9 Nights and 10 Days of Sacred Travel

Come and be part of this Sacred Travel spending the Equinox in the Cave of Magdalene, exploring and anchoring in the Divine Feminine

A beautiful Divine Journey through these Sacred lands

Chosen to support our travel needs, location, comfort, and energies.

<< Airport transfers to and from Montpellier airport >>

<< Personal Wisdom, Guidance, Light, and Friendship from Julie and Jenny >>

Food and drink on route other than included.

This group is limited to only 6 dedicated people. I hasten you to commit if you feel this Sacred Journey in your Heart. 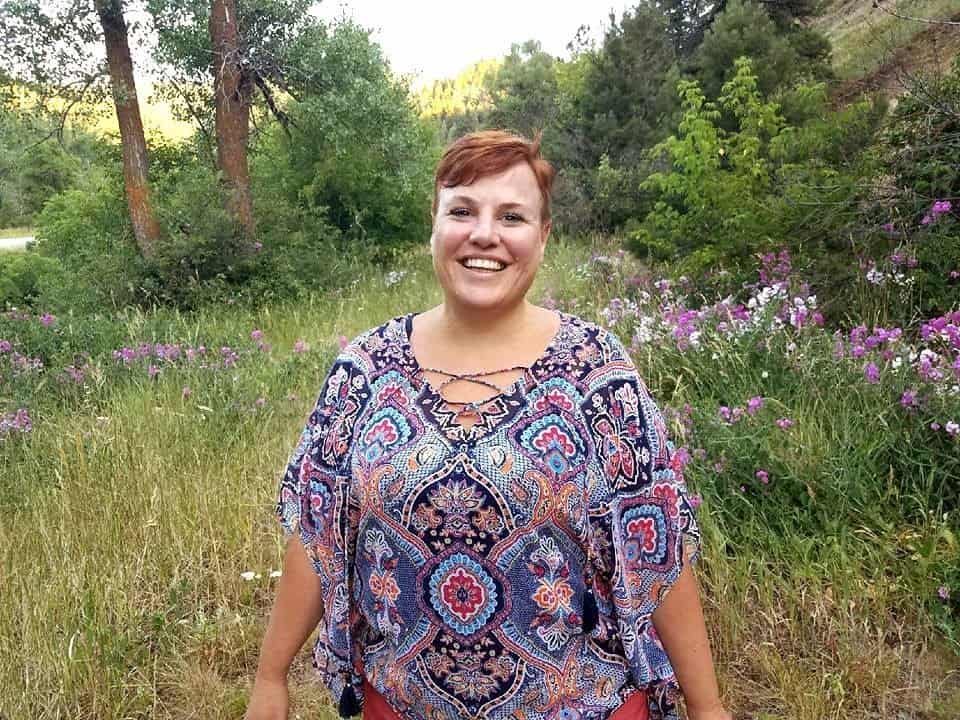 I am so excited to collaborate with Julie from Spirit and Adventure. It is the next step for me as I share my love of travel and of visiting Sacred Sites with others.

As a Shamanic Practitioner, Reiki Master, Channel and Guide, I help clients to clear what no longer serves them while opening them to the full possibilities of their soul.

I specialize in energetic clearings and soul retrievals as these were the two things that propelled me on my journey to self.

I offer practical advice and understand the demands that can be placed on a soul in transition. I also understand the cost of not honoring our true self and our calling and use that information to assist others in reconnecting with their highest aspect.

I strive to teach by empowering each person to be their own master, their own healer. I work in depth with a person helping to facilitate the clearing of blocks, chakra healing, and the daily maintenance tools that can help you on this journey. My main goal is to empower the person to look within, to trust and love themselves completely.

Sacred Journey’s assist with this as it helps to connect with the ancient knowledge, energy and timelines.

There is something Magical that happens when we physically interact with the energy and codes available at sacred sites, It often is a catalyst for remembering who we are at a soul level and activates deep change.

I am looking forward to supporting the group through their individual process with energetic healings, clearings, and integration.

It will be an amazing time of self discovery and growth! 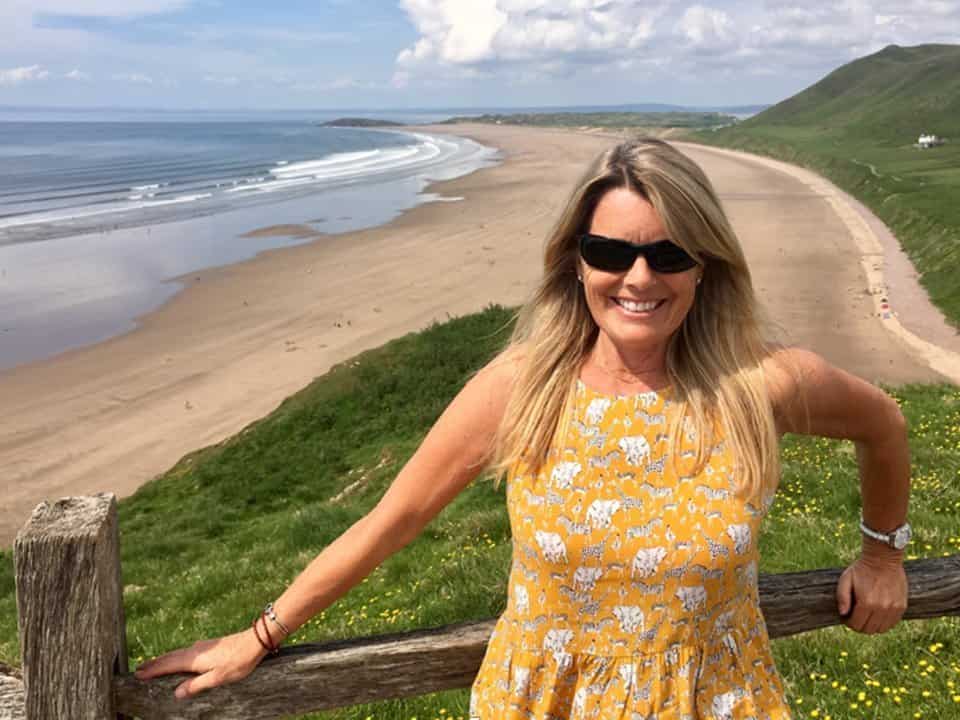 Welcome to SPIRIT and ADVENTURE. It was “Birthed” from my own Inspirational travels to many remote places and feeling how enormously expansive a Sacred Journey was. The diversity of culture, terrain, food and the power-ful energy flowing through oddly familiar lands and Sacred sights, showed me the potential that was often hidden within.

The Potential within these sights for growth and healing evermore beckoned and lead to years of stringent training which became my apprenticeship.

On retreat for several weeks in India with Spiritual Masters and trekking alone through Tibet all helped me understand that others, stories, encounters, or photographs have value of course, however, cannot access the inner realms and timelines as a physical onsite experience.

Having spent time working with USO in Germany, organising and leading tours for the United States Military and their families was the final piece of preparation to launch Spirit and Adventure. At 3 am one morning I leaped out of bed to find the domain name of SpiritandAdventure.com as Divinely guided. It was time!

I am guided to each Sacred Journey, the timing, and organisation and the forming of the final group is like  writing a Divine Symphony. The Journey itself always the most amazing Adventure. Small groups of dedicated like minded people travelling together in safety and comfort, forever changed, is so rewarding.

I look forward to meeting and sharing the next Spirit and Adventure, Sacred Journey,

Until then, LOVE from my Heart to yours

A beautiful Divine Journey through these Sacred lands with wonderfully comfortable accommodation and private transport.

A unique, intimate small group to maximize our work and experience together.